Feast Day: 8th August...
WITHOUT  ST. DOMINIC -- The Legacies Of St. Dominic.
-- By Fr. Chidube Ubili, OP.
St. Dominic  was born in Calaruega, Spain around 1170. He lived for only fifty-one(51)years and died in Bologna, Italy in 1221. Over eight hundred(800) years after his death, he remains alive in history and in the hearts and minds of people in the Church and the world.
-- St. Dominic is remembered; not just as one of the numerous saints who lived the virtues of faith, hope and charity to a heroic degree. Besides his holiness, Dominic remains unique and outstanding in history for the following:
-- 1. ORDER OF PREACHERS: Dominic founded the Order of Preachers(OP); popularly known as the "Dominicans"(followers of Dominic) for the sole purpose of preaching for the salvation of souls. Thus, the name of his religious Order defines its mission.
-- 2. PIONEER OF PREACHING: Before Dominic founded his Order, preaching was exclusively reserved for Bishops only. Priests had no mandate to preach; they were allowed to give moral exhortations only. This was because they were not formally trained to articulate and present the doctrine of faith and morals. By founding the Order of Preachers, Dominic broke the jinx and Priests began to preach till this day.
-- 3. PIONEER OF EDUCATION/TRAINING OF PRIESTS: Before Dominic founded his Order, priestly candidates did not go through a formal curriculum of training or academic formation before ordination. But, Dominic was already a Priest after studying theology at the University of Palencia, Spain; thanks to his maternal uncle who was a Priest and sponsored his training prior to ordination.
-- Hence, when Dominic recruited the foundation  members of his Order (initial followers), he first sent them to study theology in the great centers of learning(Universities) in Europe; notably Oxford, Paris, Bologna etc. Hence, he pioneerd the formal education of priestly candidates.
---Today, it is mandatory for priestly candidates to complete undergraduate courses in philosophy and theology before ordination.
-- 4. PIONEER OF DEMOCRATIC GOVERNANCE: Before Dominic founded his Order, he was a member of the Canons Regular of the Cathedral of Osma. The Canons were a band or body of Priests attached to Cathedrals and other prominent Churches to maintain regular spiritual devotion  through liturgical prayers and celebrations. They (and the Monks) were governed by Prelates(Bishops) who assumed exclusive authority exercised in perpetuity without control or participation by their subjects.
-- But, when Dominic founded his Order, he relinquished the "supreme authority of governance" to the CHAPTER - a special Forum(meeting)of all members in which everyone has equal say with equal vote for decision making. Thus, he made himself, the founder subject to the authority of his Order reposed in  the Chapter.
-- Today, all religious Orders and institutes in the Church convoke Chapters or Special Assemblies to discuss issues, formulate policies and elect Superiors.
-- Even as the United States is hailed as the model and epitome of democracy in the world today, it is instructive to note that Dominican democracy is older than American democracy by over five(5)centuries.
-- 5. PIONEER OF DEVOLUTION OF POWERS: Dominic was not greedy with power. Hence, he did not concentrate power at the center; to focus on and revolve around him only.  Rather, he was generous in sharing power with varying levels of authority and responsibility. Hence, when he founded his Order, he created three(3)levels of governance: Convent(Priory), Province and General Curia. This is a form of ""layers of democracy"" in which each layer or level has a certain degree of governing autonomy and authority proper to it.
-- Today, all religious Orders and institutes have a structure of government with devolved power in various forms such as Mission, Delegation, Region, Province, Generalate etc..
-- This devolution of powers is the standard practice in the world today. Meanwhile, in Nigeria, restructuring for devolution of powers is still being shamelessly debated and resisted.
-- 6. PIONEER OF THE ROSARY: Dominic already knew and prayed ""chains of Hail Marys"" through which he sought Our Lady's help for the conversion of sinners and fruitfulness of his preaching ministry. This became the foundation of what other Dominican Friars developed over the centuries into the modern form of the Rosary with decades and mysteries. Hence, history and Church authority rightly attribute the origin of the Rosary to Dominic.
--Dominic was indeed a radical and a revolutionary whose life and works gave the Church a new lease of life and remains a relevant model for us today.
For these legacies and other works including his holiness of life, he remains alive and continues to influence many people through his (Dominican) Family of Friars(Priests and Brothers), Nuns, Sisters and Laity.
---May the good name of the Lord who gave us St. Dominic be praised, both now and forever. Amen.
---May his life and works continue to inspire and motivate members of his Family to remain faithful, focused and committed in the onerous task of preaching for the salvation of souls. Amen.
---May his legacies  continue to renew the Church with  the zeal and courage to devise the means of dealing with present challenges of crisis of faith and crisis of preaching. Amen.
-- St. Dominic: Pray For Us. 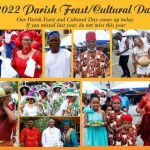 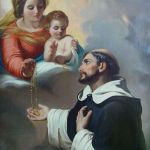 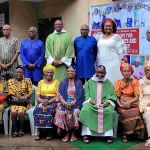 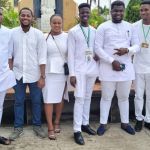 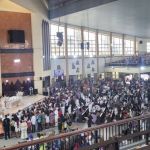 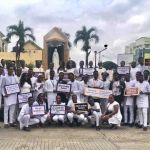 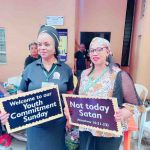 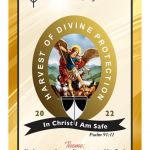 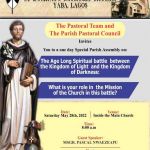 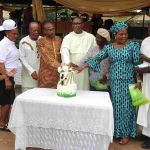 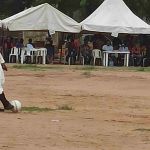 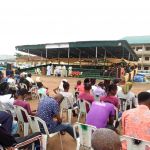